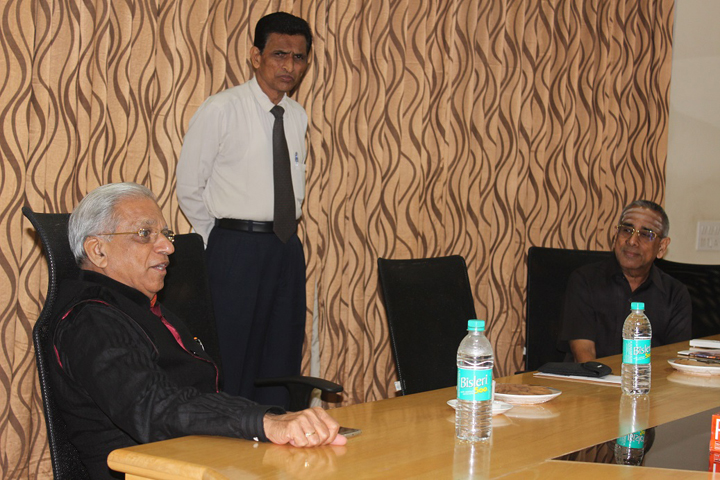 What inspired you to do law?

As I’m from a very poor background and no one in my family or rather village was educated, there was nothing for me to stand on. While I was in the middle of my course in B.Sc., I started participating in a lot of debating competitions. My then principal noticing my performance in debate competitions told me that I would make a great lawyer. This praise I received from a man whom I really respected meant a lot to me and thus I decided to do law.

On completion of your LLB course, did you have any plans for higher studies?

As I stated before I’m from a poor background. Therefore, I didn’t have any plans for pursuing higher studies. My first priority was to start earning as soon as possible. Once I started working, I was blessed enough to rise up the ranks fairly quickly and was doing well for myself.

You said that you were a successful litigator, but what inspired you to go into Judiciary?

Yes as mentioned before, I was doing fairly well for myself after my initial grind as a litigator. One of my seniors while I was working in the Karnataka High Court asked me whether I was content with working as a litigator. He personally felt that I would make a good judge. Therefore, taking my seniors advice into account, I decided to join judiciary.

As a person who has been in the legal field for a very long tenure what according to you are the pitfalls of the system?

One has to realise that our legal system or rather the judiciary is one of the most stressed out systems in the world. There are no enough judges in the courts to clear the backlogs and the new cases which add up every day. A judge working in the Indian Courts will preside over an average of a thousand cases every year which is not the case in a few foreign jurisdictions. The ever increasing numbers of cases are overburdening our system. In my personal opinion it is more of an administrative problem for which the judges cannot be blamed as the system has not been strengthened to cope up with the increasing population.

What is your opinion about legal fraternity not updating themselves to the use of technology?

I would say that people haven’t yet updated themselves to functional technology. I myself have barely learnt the nitty gritty parts of technology. I do believe that technology has a significant role to play in the judicial system and people are slowly getting used to it.

What is your opinion on the National Law Schools?

Eventually whether it be a National Law School or any other law school, what is important is the quality of education that is imparted to the students there. The hype around the National Law Schools is because of the state patronage what they enjoy and the resources at their disposal which render them a cutting edge. However there are a few law colleges, what I would like to call them “Package Colleges” where payment of money is the only criterion to procure degree. Such colleges do not add any value to the legal education; rather cause deterioration of the situation further.

What is your advice to a student interested in becoming a lawyer or looking to step into the judiciary?

I feel that a person who is interested in Law both for money and self-satisfactory reasons should try his hand at litigation. Thanks to their attractive salary packages the general trend is to join corporates. But in litigation after the initial grind, once you make a name for yourself, the sky is the limit. I am very fond of the popular saying “A good lawyer will make a good judge” and therefore I would encourage more budding lawyers to join judicial service.