The Annual Ranking Moot Court Competition 2017 was conducted by IFIM Law School on the 23rd and 24th of September 2017. A total of 16 teams consisting of 48 participants with 3 members in each team participated in the event. Each team consisted of 2 speakers and one researcher. The speakers from the teams posed as lawyers and presented their arguments before the presiding judges either from the side of the petitioner or the respondent. The event was divided into 4 rounds consisting of the Preliminary rounds, Quarter finals, Semi finals and the Grand Finale. These rounds tested the argumentation skills of the speakers in each team and their ability to apply and interpret the law as well as respond to the judges’ queries based on their presence of mind and ability to understand the law.

The draw of lots was conducted on 21st September to allot through a lottery system the sides that each team would be representing on the first day of the event during the preliminary rounds. Sides were randomly interchanged during the event so that the same team could have got the opportunity to argue in favour of either side to the matter in all the rounds. For instance, a side that was allotted Petitioner in the prelims through the draw of lots was later allotted Respondent in the Quarters and Semis.

The problem that was prepared for the competition was based on a real life court judgment and the participants were supposed to research on it and find out arguments in favour of the sides involved in the problem. The problem was an intersection of the Law of Contracts, Law of Arbitration and other areas from the branch of Corporate and Commercial Laws.

Three issues related to the facts in the moot problem were supposed to be researched on by the teams and arguments for the same were to be prepared, for the speakers posing as counsels to present before the judges. Teams representing both the petitioner and respondent were supposed to ask for legal relief on behalf of their clients before the court.

Judges presiding over the two days of the event had diverse profiles as follows:

Levels of Professionalism at the event

The judges for the semi finals and finals had specifically instructed the Moot Court Society of IFIM Law School not to click any pictures during the finals of the tournament as they wanted to follow the court etiquettes that are generally followed in real life. All judges understood that the event was a rehearsal for the real life court proceedings and external national and international moot court competitions.

At the end of the two days, a team from the first year consisting of Mr. Nihal Raj, Ms. Rituka Mane and Mr. Vinuthan J emerged as the winners of the oral rounds while another all first year team consisting of Ms. Megha, Ms. Meghana R and Mr. Kothaleela Ganesh secured the runners up position.

There were a total of 12 volunteers for the event. This included the Convenor of the Moot Court Society Mr. Sarbodeep Sood and one of the executive members Mr. Sushant Murthy. The team of volunteers were supervised by Prof. Pritam Ghosh, Assistant Professor of Law and Faculty Coordinator of the Moot Court Society (MCS) under the instructions of the Principal Dr. Venugopal B.S. and the Dean of IFIM Law School Prof. Sirish Tamvada.

The written memorials submitted by all 16 teams in support of their oral arguments presented on the 23rd and 24th September is being evaluated by the Principal, Dean and the faculty members of IFIM Law School. The written memorials’ scores will be added to the oral rounds’ scores and based on the total scores for both rounds the final winners will be decided.

The grand totals for each team that will be obtained after adding up the scores in the oral rounds and memorial submission rounds will be the final basis to decide the winners of the competition. On the day of prize distribution, i.e. 28th September 2017, Mr. Sanjay Padode, Secretary of the Centre for Developmental Education (CDE) has agreed to give away the prizes for the winners, runners-up, best speaker and best researcher positions. 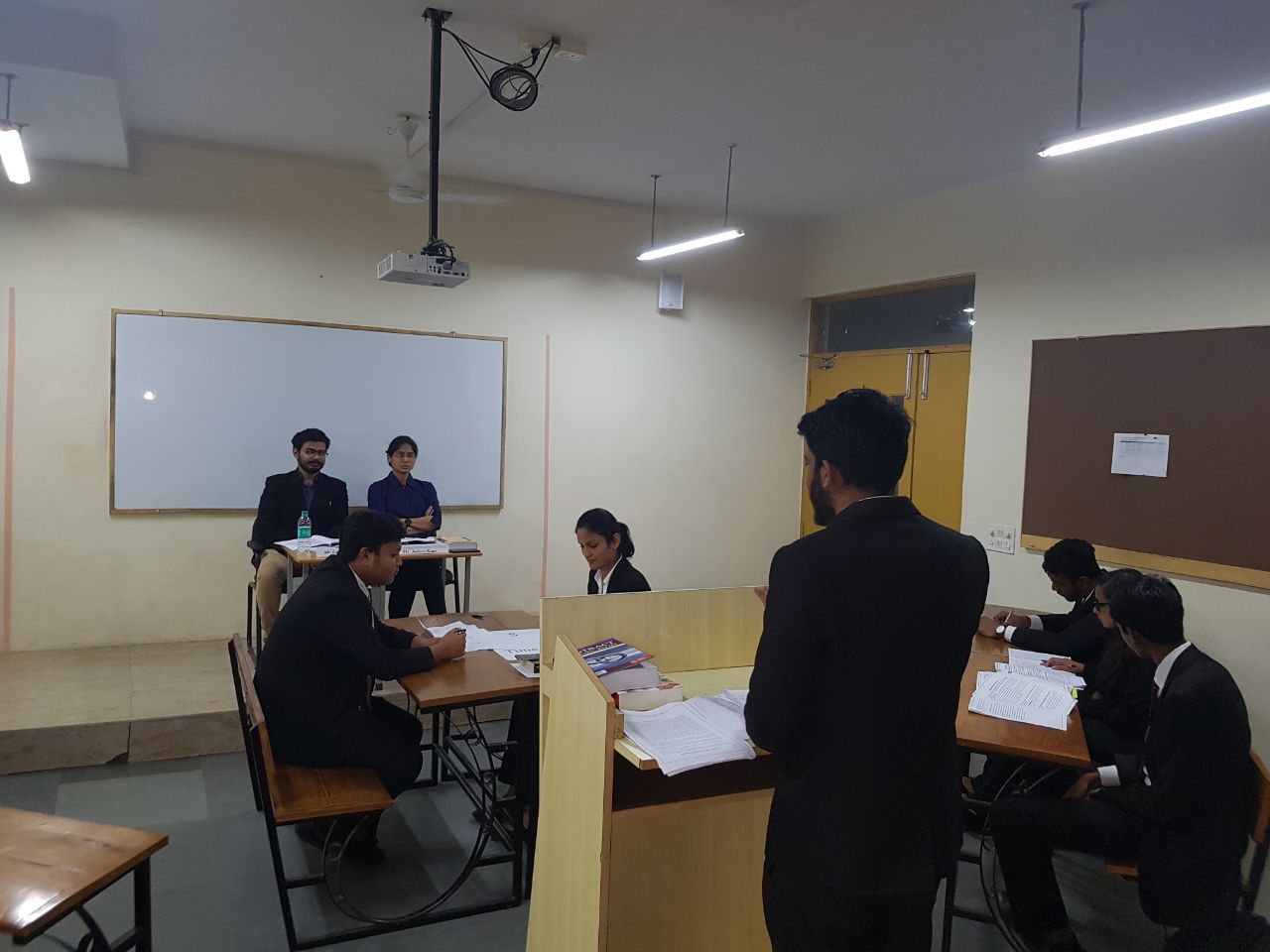 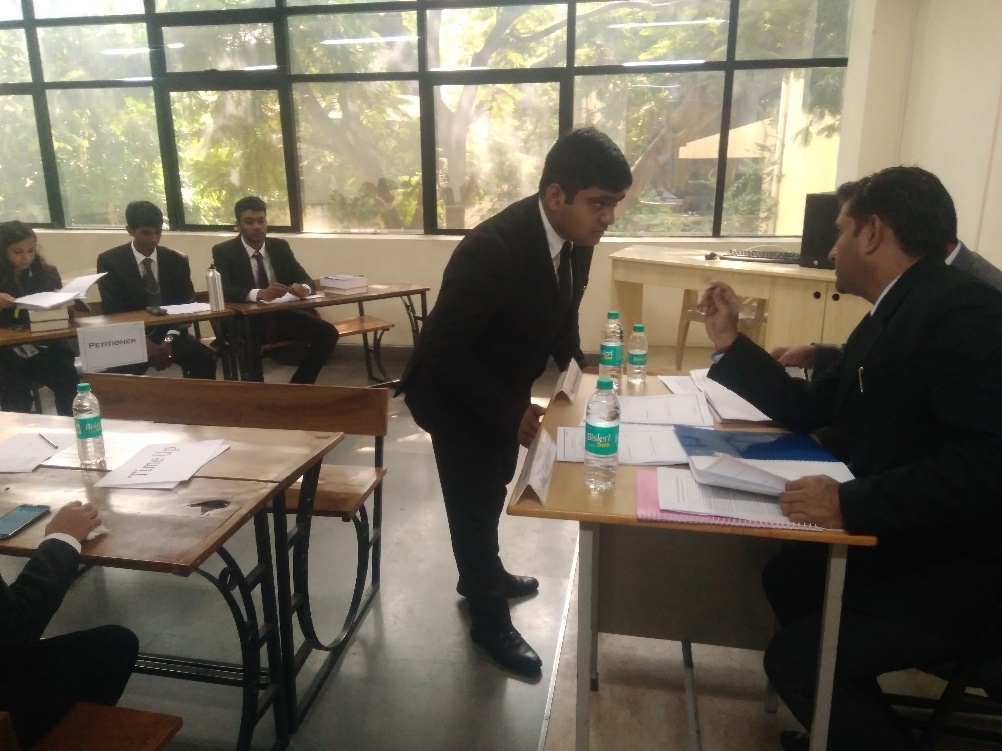 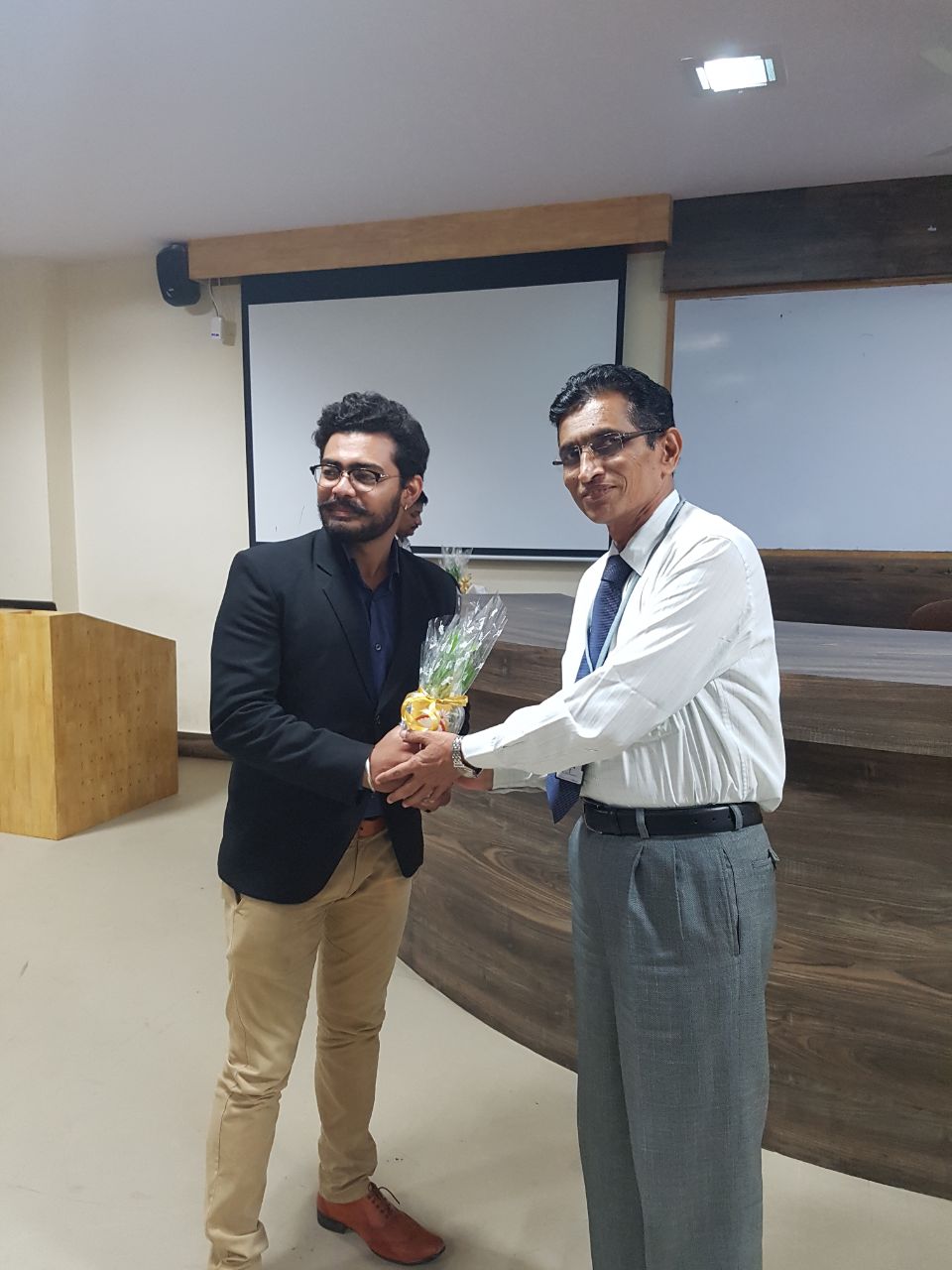 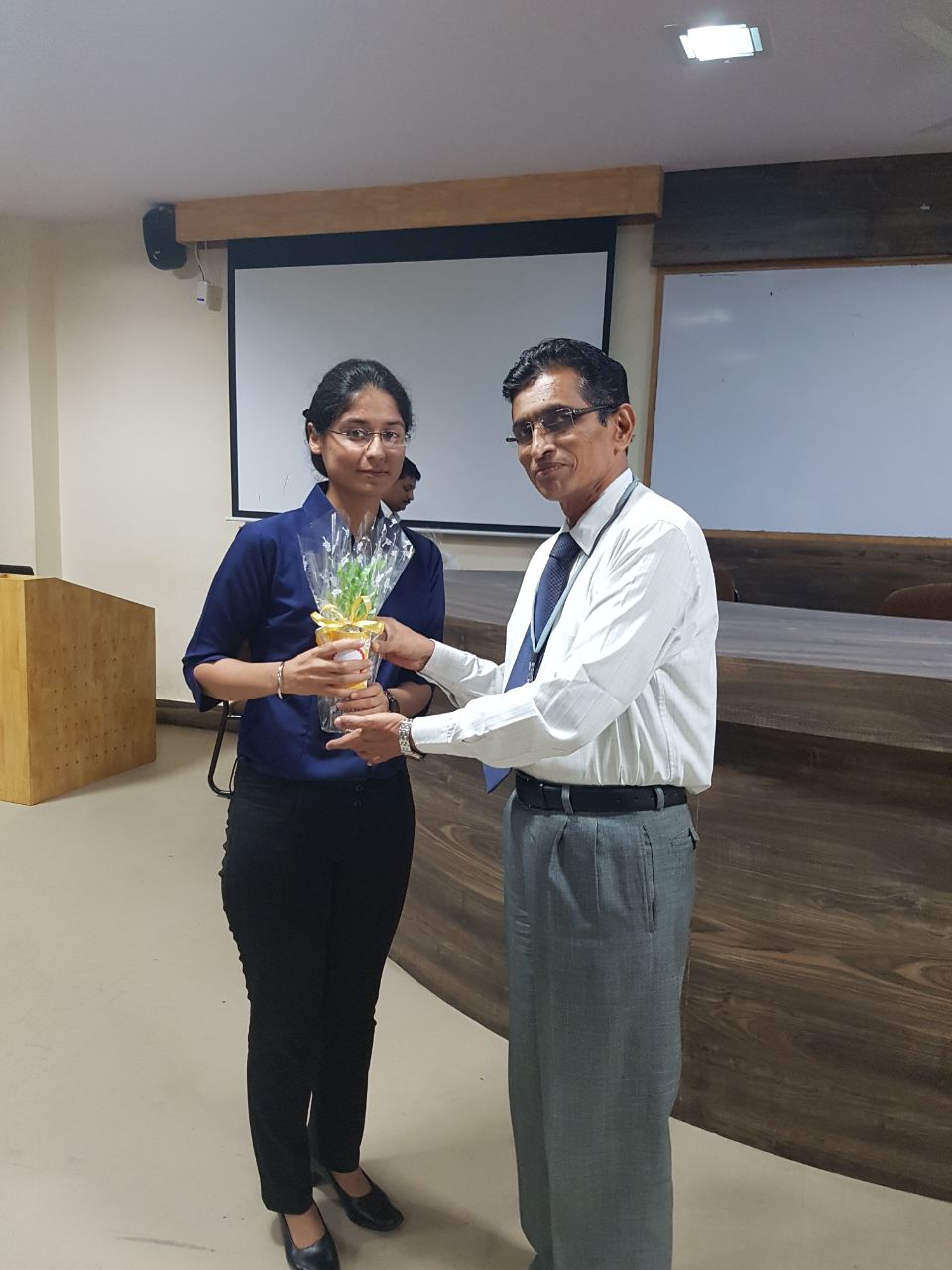 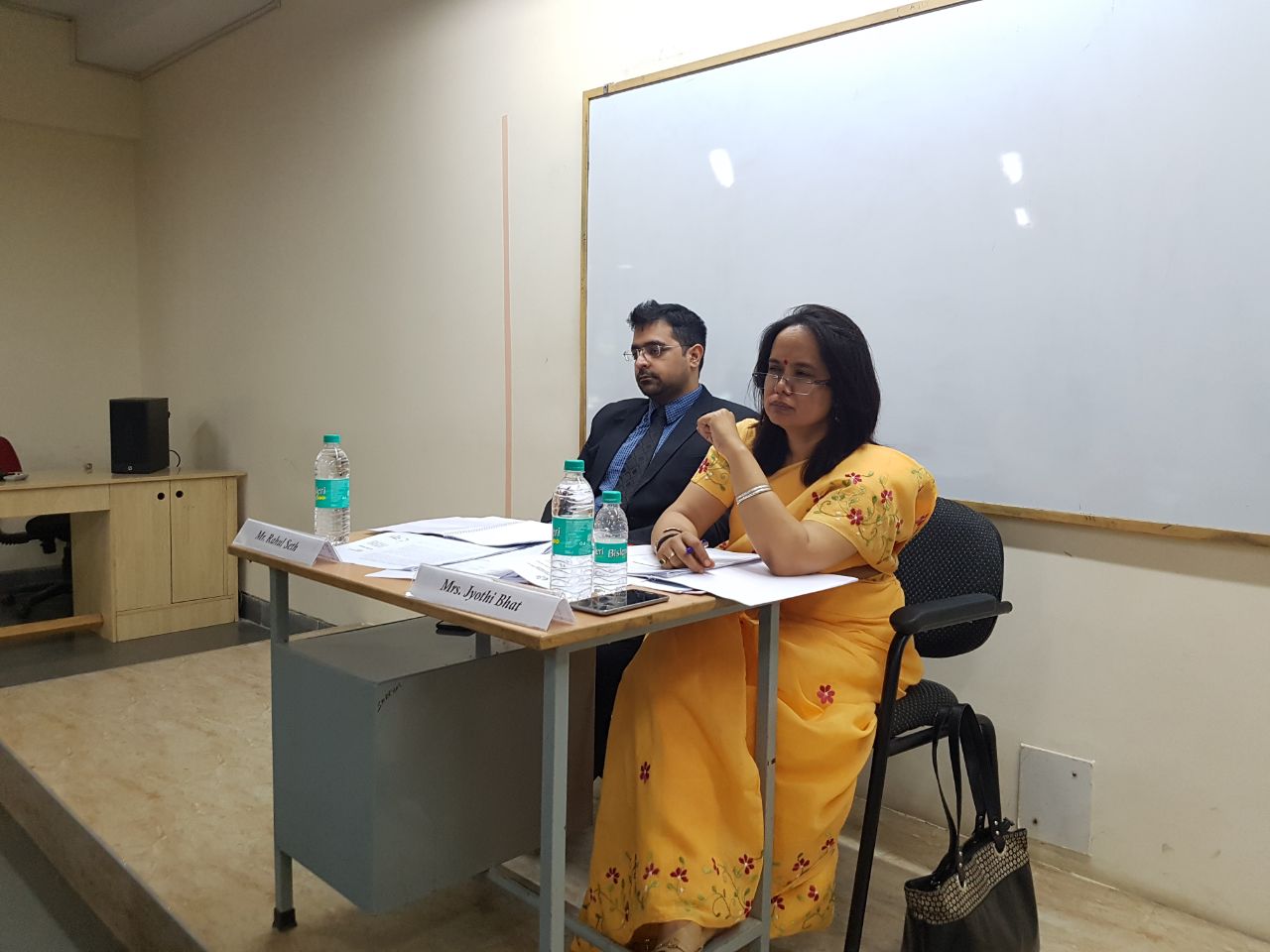 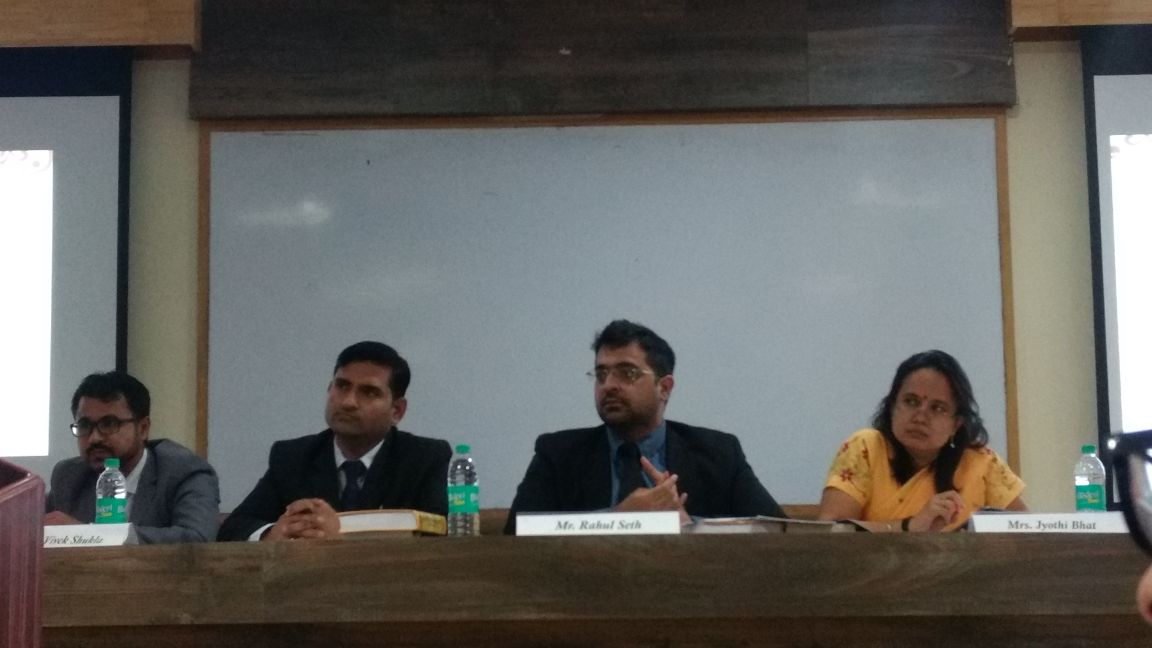 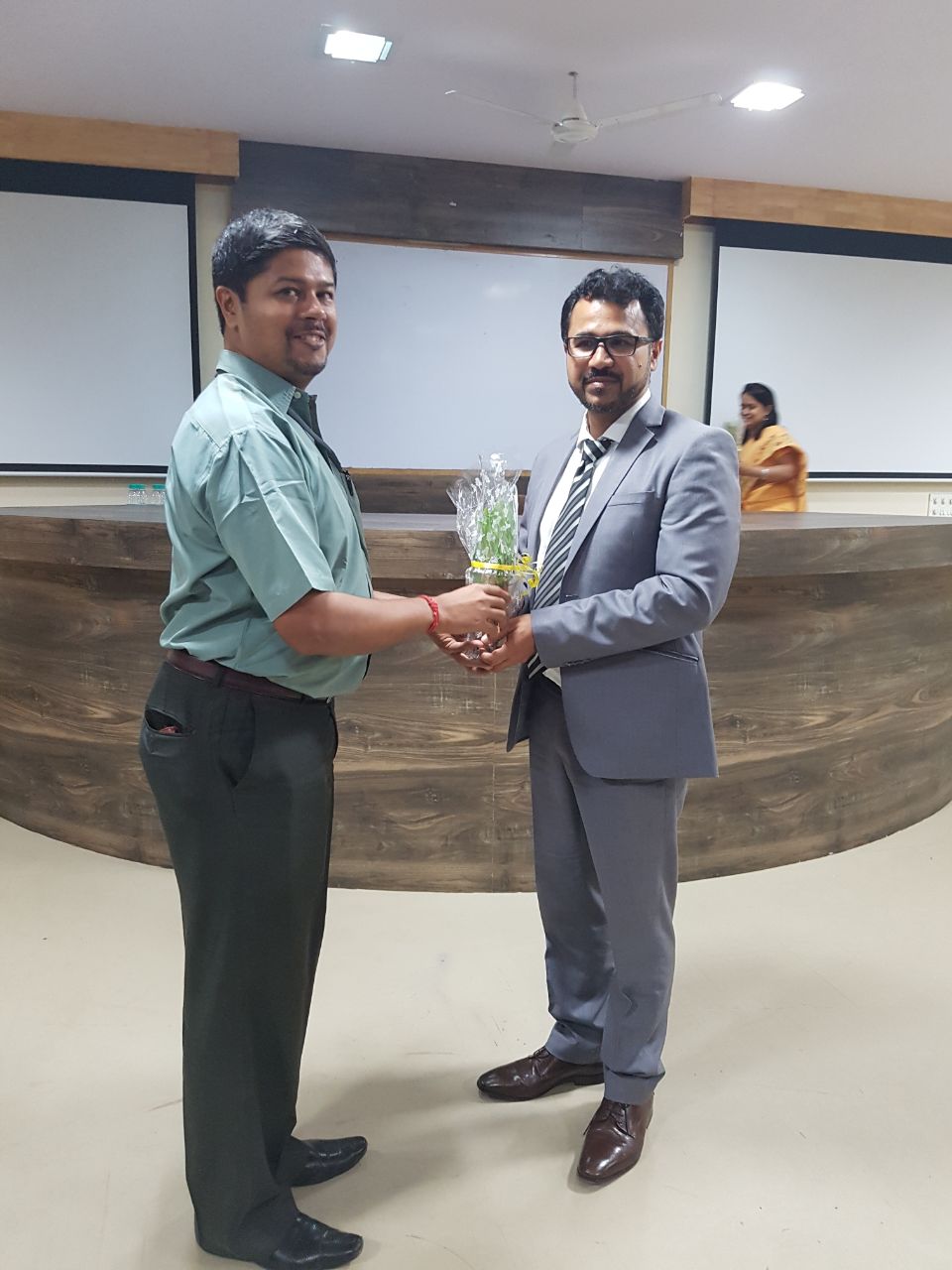