Freedom Of Speech does not protect you from the consequences of spewing irresponsible garbage.

Suhail Rashid Bhat is a human rights advocate, legal researcher, and law teacher with 4 years of experience. During his practice as an advocate, he has been part of important constitutional cases, most notably the decriminalization of begging in the State of J&K where he was the arguing counsel for the petitioner side. In 2019, he bagged the UK Government’s Chevening Scholarship and went on to complete LLM in Human Rights, Conflict, and Justice with distinction from SOAS University of London. He was awarded the Best Performance Award in LLM by SOAS, School of Law.

Suhail worked as a researcher at Rights for Peace – a London based NGO working on the prevention of mass atrocities. He contributed to the comments on ‘UN Revised Draft General Comment No. 37 on Article 21 (Right of Peaceful Assembly) of the ICCPR’ and developed a framework for identification of a hate speech expression and the process for bringing in a complainant as a Process Flow Diagram to be used for training ground practitioners in South Sudan, Sudan and Cameroon. He was associated with SOAS International #HumanRightsClinic where he co-authored a report on the implementation of international legal standards on hate speech and incitement of violence.

In 2020, Suhail joined the University of Petroleum and Energy Studies as an Assistant Professor in Law. 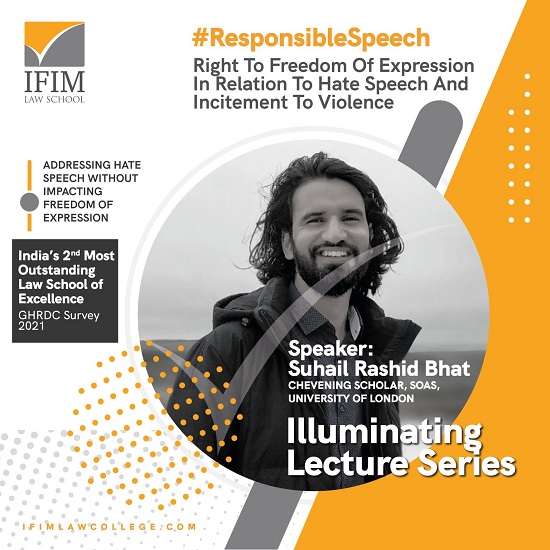