Bridging law and technology towards a bright future

Shivaraj Patil, former Judge at the Supreme Court of India inaugurated the high tech Moot Court Hall at IFIM Law School, Bangalore in Electronic City. Also present at the event were the students and staff of the Law School and the management of IFIM group of Institutions. The Moot Court Hall provides an opportunity to the students by enabling them to have a better understanding of mooting. IFIM is a strong believer in promoting technology advanced mooting as an essential activity amongst students.

This state-of–the-art hall can seat up to 70 people with a projector system that enables live broadcasting and recording facilities. Unlike other Moot Court Halls, IFIM’s Moot Court is multi-functional as it can be used to conduct webinars and seminars. It houses two projectors and two drop-down screens.

Speaking at the inauguration, Mr. Shivaraj Patil commented, “It is important for law students to develop a habit of preparing and arguing in front of judges. The gap in the industry with regard to the needs of the industry will be bridged through practice while also encouraging them to gain confidence before stepping into the industry. The introduction of the high tech Moot Court by IFIM Law School will be an added boost to the students in their career growth towards being good lawyers and justices”. 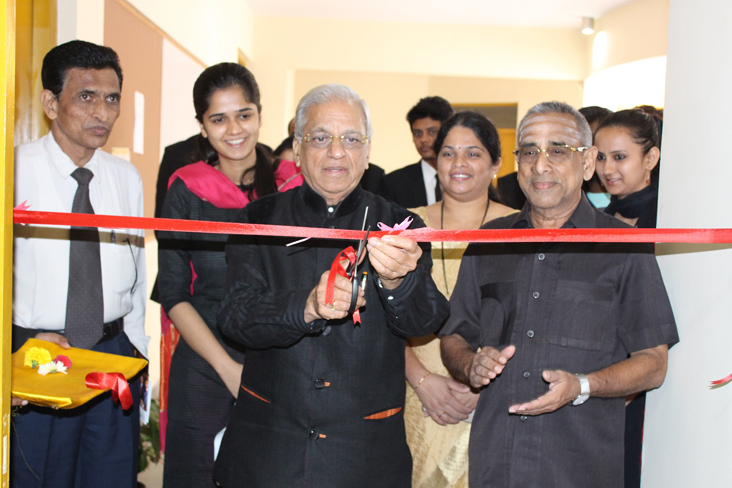 Sanjay Padode, Secretary, CDE Society, IFIM, announced on the occasion, “The IFIM Law School, in its first year itself, has had students represent the college in various international moots such as the Philip C Jessup International Law Moot Court Competition and Manfred Lachs Space Law Moot Court Competition. They have been quarter finalists in reputed national moot court competitions including the Bar Council of India Moot Court competition. It is a proud moment for the IFIM family to give our students the facility of the Moot Court which is equipped with one-of-a-kind technology which would encourage and facilitate better learning and developing experience in this field.”

The 60 students in attendance along with the faculty of IFIM Law School sat with bated breaths and a sense of excitement looking forward to mooting sessions at the hall.